Our phone lines are currently down. To reach the office, please email us at office@salomtangir.org or use the patient portal to write a message and someone will return the call as quickly as possible. For urgent matters, please dial 911.

The Center for Gynecologic Oncology Contents Our Team Dr. Tangir 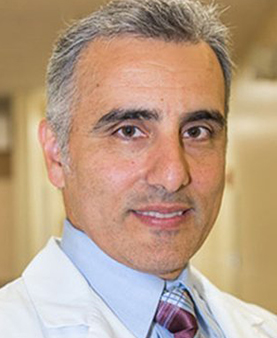 Dr. Jacob Tangir, MD, offers women advanced care at the Center for Gynecologic Oncology in Hollywood, Miramar, and Hialeah, Florida. His extensive training in gynecologic oncology and advanced pelvic surgery leave you in the most capable hands.

As a distinguished practitioner, Dr. Tangir now teaches medical students and residents his advanced techniques. He holds a position as Clinical Assistant Professor of Obstetrics and Gynecology at the Nova Southeastern University.

Dr. Tangir maintains memberships with the American Cancer Society, The American Congress of Obstetricians and Gynecologists, and the Society of Gynecologic Oncology. He occasionally presents at national and international meetings and publishes literature about gynecologic cancer.