The Center for Gynecologic Oncology Contents Our Team Dr. Salom 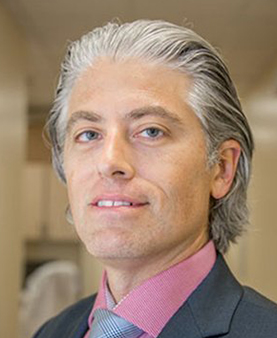 Dr. Emery M. Salom, MD, proudly serves women in the Hollywood, Miramar, and Hialeah, Florida areas as a gynecologic oncologist and urogynecologist. He brings his extensive training and years of expertise to The Center for Gynecologic Oncology.

Dr. Salom holds triple board certifications from the American College of Obstetrics and Gynecology in gynecologic oncology, obstetrics and gynecology, and female pelvic and reconstructive surgery. He's also a board certified urogynecologist. If you have a gynecologic issue or reproductive cancer, Dr. Salom is the doctor you want on your side.

As a South Florida Top Physician, Dr. Salom belongs to the American Cancer Society, The American Congress of Obstetricians and Gynecologists, and the Society of Gynecologic Oncology.

He currently serves as Assistant Professor and Clerkship Director at the Florida International University, College of Medicine. He holds a chief of service position in the Department of Obstetrics and Gynecology at Palmetto General Hospital. He teaches medical students how to perform advanced pelvic surgery, including minimally invasive laparoscopy and robotic surgery.

With his generous spirit, Dr. Salom travels once a year to Africa to provide surgical services to underprivileged populations.